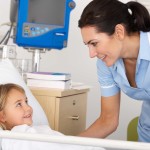 Analysis of strains from 2012 shows the parts of the pertussis bacterium that the vaccine primes the immune system to recognise are changing.  It may have “serious consequences” in future outbreaks, UK researchers state in the Journal of Infectious Diseases.

But experts stressed the vaccine remains highly effective in protecting the most vulnerable young babies.  There has been a global resurgence of whooping cough in recent years.  In 2012, there were almost 10,000 confirmed cases in England and Wales – a dramatic increase from the last “peak” of 900 cases in 2008.

The outbreak led to 14 deaths in babies under three months of age – the group who are most vulnerable to infection.  Rising figures prompted health officials to recommend vaccination of pregnant women so immunity could be passed to their newborns – a strategy that a recent study showed was working well.

Read the rest of the story on the BBC website