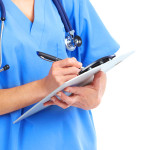 Doctors now have a legal duty to consult with and inform patients if they want to place a Do Not Resuscitate (DNR) order on medical notes, the Court of Appeal in England ruled.

The issue was raised by a landmark judgement that found doctors at Addenbrooke’s Hospital, in Cambridge, had acted unlawfully.  Janet Tracey, who had terminal lung cancer, died there three years ago.   Her family say she and they were not consulted when a DNR notice was placed.

The belief such information would cause distress is no longer a sufficient reason not to inform and consult with a patient” Lawyers Leigh Day, on behalf of the Tracey family Guidelines for doctors already recommend that patients and families are involved in such decisions, but the court ruling now makes it a legal requirement.

In the judgement, the Master of the Rolls, Lord Dyson, said the hospital trust violated Mrs Tracey’s right to respect for her private life under Article 8 of the European Convention of Human Rights.

He said: “A Do Not Attempt Cardiac Pulmonary Resuscitation decision is one which will potentially deprive the patient of life-saving treatment, there should be a presumption in favour of patient involvement.  “There need to be convincing reasons not to involve the patient.”  He went on to warn that “doctors should be wary of being too ready to exclude patients from the process on the grounds that their involvement is likely to distress them”.