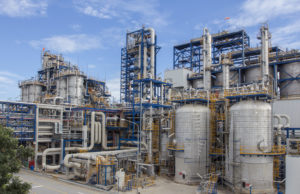 CHIP is the abbreviated name for the Chemicals (Hazard Information and Packaging for Supply) Regulations. The CHIP regulations are being replaced by the European CLP Regulations and will be revoked from 1 June 2015.

The 2009 CHIP regulations represent the fourth consolidating version of the regulations, earlier versions of which date back to the mid-1970s. In Northern Ireland, they have their own CHIP Regulations which are identical to those in GB.

CHIP helps to protect people and the environment from the ill effects of chemicals by requiring suppliers to identify the hazards of the chemicals they supply and to provide information about the chemicals’ hazards to their customers and package the chemicals safely.

CHIP is well known by chemical suppliers, and many chemical users and consumers will also be familiar with the orange and black hazard symbols which have appeared on chemical products for many years. These symbols are also accompanied by warning and safety phrases that appear on CHIP hazard labels.

Examples of these risk and safety phrases are:

The Dangerous Substances Directive and the Dangerous Preparations Directive are being replaced by the direct-acting European CLP Regulation. From 1st June 2015, both directives will be fully withdrawn and will no longer have any legal effect and as a result, the CHIP Regulations will also be repealed.

There are transitional arrangements in place to help suppliers make the move to the CLP system and as from 1 June 2015, chemical suppliers must comply with the new CLP Regulations.  If you would like more information gain a qualification on COSHH visit our COSHH course or the regulated COSHH course.