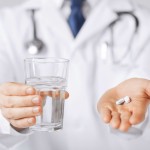 A review of data from 27 trials featuring 46,675 female and 127,474 male patients found the treatment slashed their risk of heart disease or stroke.  Around 600,000 women die from the conditions every year. But the review found statins, which work by lowering so-called “bad” cholesterol, cut the risk of death for both sexes.

Peter Weissberg, medical director at the British Heart Foundation, which helped fund the study, said: “Beyond any reasonable doubt, women gain the same benefits from statins as men.

Far too few women realise they are at more risk of a heart attack than from breast cancer and this study should reassure them that, if advised by their doctor, they can reduce that risk by taking a statin.”

Colin Baigent, of the Clinical Trial Service Unit at Oxford University, said: “Heart attacks and stroke are prob- lems in women just as they are in men. Many women at increased risk of such cardiovascular disease could avoid them by taking a statin.”

The research in The Lancet showed even low-risk patients, those with less than a 10 per cent chance of heart attack or stroke, could benefit.

For more information see the Daily Express website on the below link.