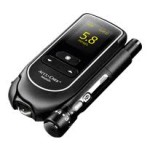 The BBC Health website report that a modest lifestyle changes in diet and activity by South Asian families improve their chance of losing weight to lower their risk of type 2 diabetes, according to a study.  Making moderate improvements could help to improve their health and wellbeing, an Edinburgh clinical trial has found.  The Edinburgh University study was carried out in their homes as opposed to hospital clinics.  It is the first of its kind in the UK to focus on South Asian cultures.

Patients lost weight and reduced their hip and waist measurements and there were indications they were less likely to become diabetic by the end of the trial, which focused on people of Indian and Pakistani-origin.  Researchers said ethnic background and culture played an important role in shaping attitudes and behaviours towards diet and exercise.

National guidelines show South Asian people place strong emphasis on family life and eating together.   From a young age, South Asians are said to be sensitive or at risk of health problems linked to obesity.   Men from Pakistani and Indian communities are three times more likely to develop type 2 diabetes than the general population, despite having similar body mass indexes, scientists said.

The three-year trial monitored 171 people of Indian and Pakistani background living in Scotland who were already at high risk of diabetes as shown by blood tests done at the start of the trial.  Participants were given detailed advice by dieticians and offered culturally-appropriate resources to help them manage their weight through diet and exercise.   At the same time, control groups were given basic advice, which was not culturally specific.

The trial is published in the journal Lancet Diabetes and Endocrinology and you can read more on the BBC Health website.