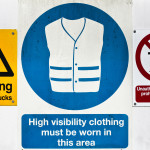 1.2 million people who worked during the last year were suffering from an illness they believed was caused or made worse by their work, of which 0.5 million were new conditions that started during the year.

A further 0.8 million former workers (who last worked over 12 months ago) were suffering from an illness which was caused or made worse by their past work.

2,538 people died from mesothelioma in 2013 and thousands more from other work-related cancers and diseases such as COPD.

‘Dealing with difficult customers, patients, pupils etc.’ and ‘lifting or moving people or heavy loads’ were the two most common self- reported risk factors in the workplace, in a 2014 survey of workplaces.

(15 days per case).
23.3 million days were lost due to work-related ill health and

4.1 million due to workplace injury.

Injuries and new cases of ill health resulting largely from current working conditions cost society an estimated £14.3 billion in 2013/14 (based on 2013 prices).

More information can be found on the HSE website www.hse.gov.uk/statistics/overall/hssh1415.pdf