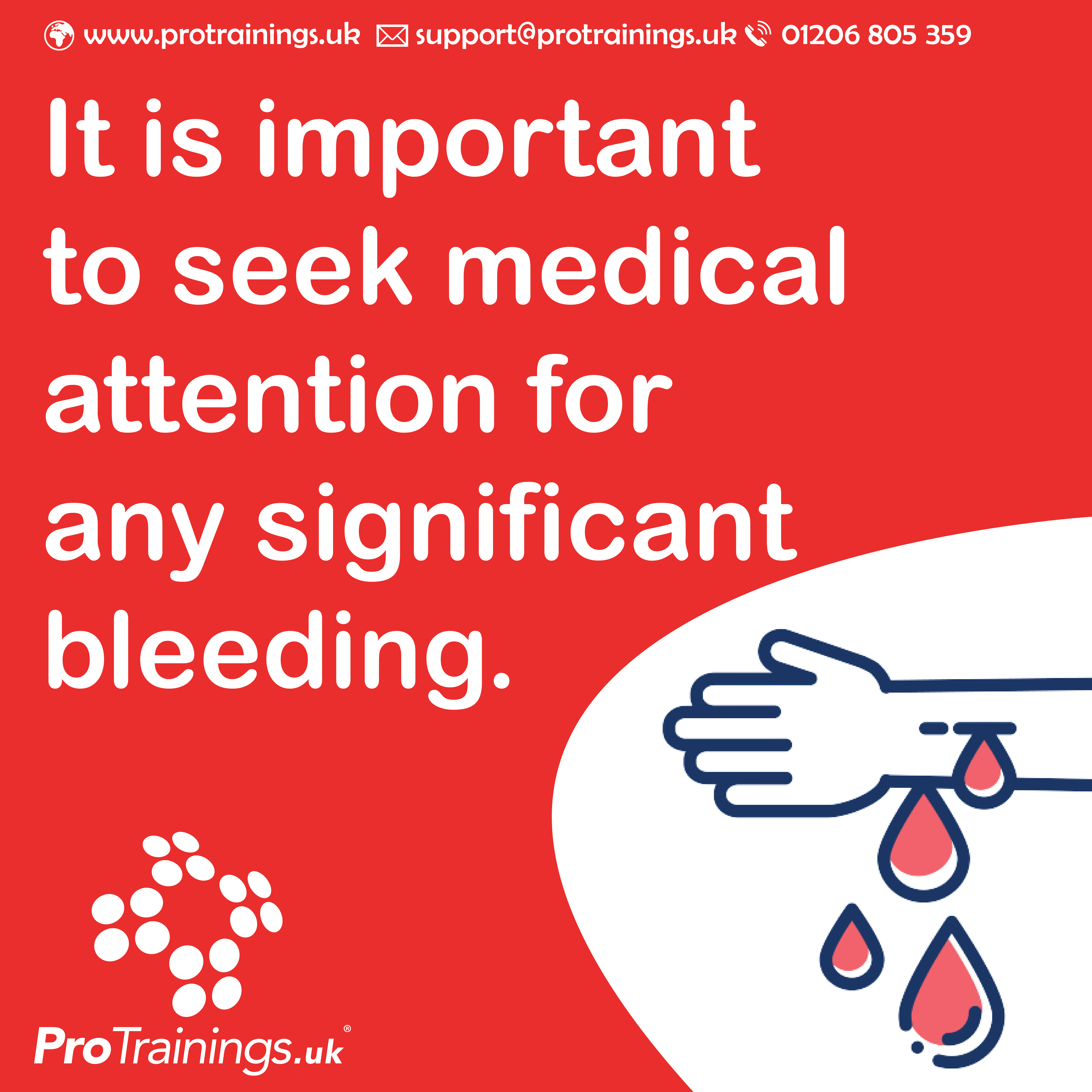 Bleeding is the loss of blood from the circulatory system. It can occur either externally, where blood escapes from the body, or internally, where blood is released from blood vessels inside the body. Bleeding can be a minor inconvenience or a life-threatening emergency, depending on the severity and location of the bleeding.

There are several different types of bleeding, including:

It is important to seek medical attention for any significant bleeding. Treatment for bleeding may include applying pressure to the wound, elevating the injured area, and using medications or other treatments to stop the bleeding. In severe cases, surgery may be necessary.