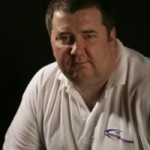 I have been an ITG / ProTrainings instructor for a couple of years now but have always been involved in first aid in some description. This began with my Army career where I was a medic serving in various areas of conflict around the world and when leaving the army I was a medic a RNLI lifeboat for 16 years.   About 5 years ago I moved to the midlands and felt the need to continue with some form of voluntary work so became a Community First Responder for West Midlands Ambulance Service.

Many jobs that I attend are memorable, some more than others though. One incident that springs to mind occurred sometime ago when I was called to gentleman having a fit in a nearby supermarket. On arrival I was met by the stores first aider who informed me that she had placed the gentleman in the recovery position as he hadn’t regained consciousness following his seizure. She explained that the gentleman was leaving the store when he was witnessed to collapse and then convulse for a few seconds.

As I approached the casualty I could see that he was in a perfect recovery position however he was purple from the neck upwards and he was not breathing. I deduced that this man had not had a fit but had actually suffered a cardiac arrest. The first aider stated that she had heard the man breathing and taking loud rasping gasps which stopped when she rolled him. What she had heard was Agonal breathing but had no knowledge of what this was.

I immediately attached my AED and delivered a shock. I followed this up with 2 minutes of CPR and then another shock from the AED. The man then moved his arms and took a breath. The last shock from the AED had restored a normal heart rhythm.

After nearly 10 minutes and ambulance arrived and the gentleman was taken to hospital where he made a full recovery after a few weeks.

I spoke to the duty manager of the store and gave him a business card whilst offering my services as a first aid provider. I was informed that it would be 3 years before any training would be required as it was only a week since all the stores first aiders had attended a course and qualified.

It goes to prove that not all training is of the same quality as the first aider in question had no knowledge of Agonal breathing, she had not stayed with the casualty and monitored his breathing and did not recognise the signs of a cardiac arrest. I am pleased to say that the ITG/ProTrainings training enforces all of these areas so that as an instructor I can be confident that all of my students have the ability and confidence to save a life if called upon to do so.