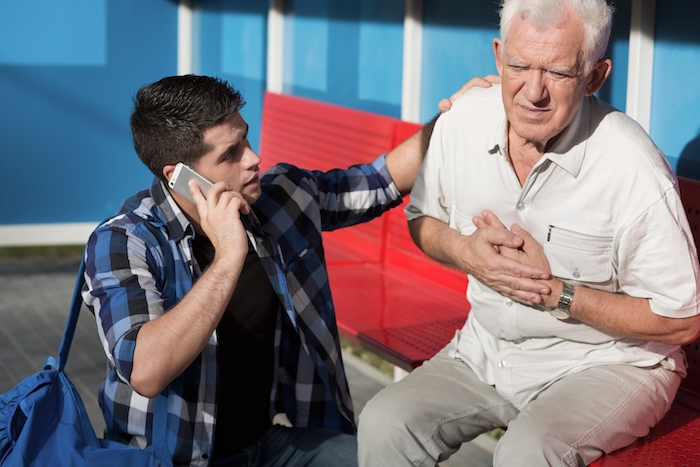 Our online training videos feature professionals in their field, whether it’s a first aid video or a dental video. One first aid veteran, ex-Paramedic and founder of the Community First Responder (CFR) scheme, Duncan Parsonage, took some time out to answer common questions we get asked.

How do you know if you need an ambulance?

“I think in the UK, we have become very reliant on the emergency services. I think inappropriate calling when they released new figures recently, it was around 70% of calls that come into emergency services don’t actually require an ambulance. It takes up an awful lot of valuable time.

And when somebody makes a 999 call, even if they just put the phone down, when we have to send an emergency vehicle because we do not know what the situation is, and we cannot just walk away from it. We have to find out, we have to call back or we have to send somebody around.

Sometimes we are called out by patients who genuinely do not know what primary care services are available. They don’t know what we’re for.

Other times, we are called out when people have perhaps, overreacted. For example, there’s a difference between losing blood and losing blood…A paper cut is usually the aforementioned. And most of the time, that doesn’t require an ambulance.

As the triage system at ambulance control improves, a lot of these calls will be filtered out at source. And a vehicle won’t be dispatched, which saves time and money – more critically, keeps an ambulance free for somebody who actually needs its services.

But we’ll always air on the side of caution. It’s sometimes impossible to make a decision from a telephone call. Sometimes, until you actually get your hands and your eyes on the patient, it is difficult to establish just what is going on. And like I said…we won’t stand idle if there’s a chance somebody could need us. And we would never discourage someone to call us if they genuinely think we’re required.

I would much rather arrive at a patient’s side, rule out any life-threatening or serious conditions and leave that patient at home safely, rather than the other side of the coin…Getting there where it is too late, where perhaps they should have rang five, 10, or 15 minutes earlier.”

It comes down to common-sense if I’m honest. I think, look at the situation; do you really need an ambulance?

An emergency vehicle is for someone in a life-critical situation. We carry the equipment on board to make a massive difference to critical conditions. But not broken fingernails, not stubbed toes, you know?