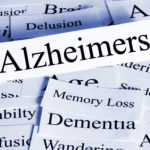 Alzheimer’s disease researchers from the University of Cambridge, have discovered a gene signature in healthy brains that echoes the pattern in which Alzheimer’s disease spreads through the brain much later in life. The findings, published in the journal Science Advances, could help uncover the molecular origins of this disease, and may be used to develop preventative treatments for at-risk individuals to be taken well before symptoms appear.

The results identified a specific signature of a group of genes in the regions of the brain which are most vulnerable to Alzheimer’s disease. Healthy individuals with this specific gene signature are highly likely to develop Alzheimer’s disease in later life, and would most benefit from preventative treatments, if and when they are developed for human use.

Alzheimer’s disease, the most common form of dementia, is characterised by the progressive degeneration of the brain. Not only is the disease currently incurable, but its molecular origins are still unknown. Human bodies have a number of defence mechanisms which protect it against protein aggregation, but as people age, these defences get weaker, which is why Alzheimer’s generally occurs in later life.

Learn more about Dementia www.prodementia.co.uk or call ProTrainings on 01206 805359